Approximately 50,000 convicts were sent to North America up until the end of the American War of Independence in 1783, but from this point on they refused to accept any more convicts. Around this time machinery was also becoming more popular, therefore labourers and farm workers were being put out of work and driven towards the cities. This in turn led to increased crime rates and eventually overcrowded prisons, therefore William Pitt, the British Prime Minister at the time, decided that Australia would be the answer to his problems. 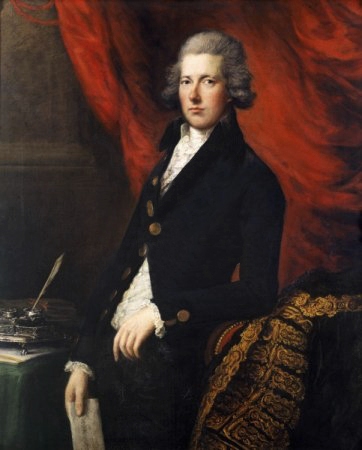 Australia was first contacted by the Europeans just 17 years earlier when the British explorer, James Cook, was attempting to examine the planet Venus in order to determine the distance from the Earth to the Sun. 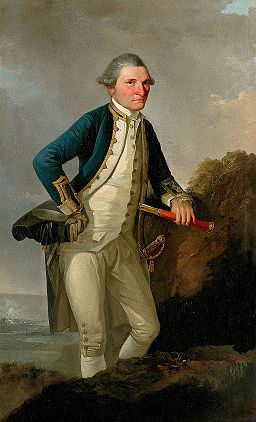 The First Fleet departed from Portsmouth, a city located on the south coast of England, on May 13, 1787 and sailed for around 250 days. The fleet was comprised of eleven ships - six prison ships, three equipment ships, and two navy ships, Sirius and Supply. After an extremely long journey, the First Fleet finally arrived at Botany Bay, located in Sydney, New South Wales, between January 18 and 20, 1788.

The ship the Borrowdale from the First Fleet [3]

Soon after, they moved to the more sheltered harbour at Port Jackson, which fleet leader, Captain (later Admiral) Arthur Phillip (1738-1814), renamed Sydney Cove. This was the first European colony in New South Wales and marked the beginning of convict transportation to Australia. 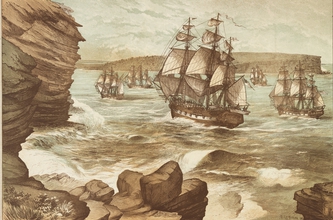 Over a span of 81 years (1787-1868), an estimated 160,000 convicts were sent from Britain to Australia. Theft, larceny, and burglary were the most common crimes and about 28,000 people received a life sentence. Of the 160,000 people sent, 81.8% were male and 18.8% were female. Many of the convicts worked as labourers and a large number of them were prosecuted in Middlesex, London, Lancaster, Surrey, and Warwick. Smith, Jones, William, Brown, and Johnson were the five most common surnames among the convicts, and interestingly there were 603 men recorded with the name John Smith.


The Eleven Ships of the First Fleet