Again the Family Crest is just part of the story of Coats of Arms or Heraldry. Heraldry is defined as the hereditary art or science of blazoning, the description is appropriate technical terms of Coats-of-Arms and other heraldic and armorial insignia, and is of very ancient origin. 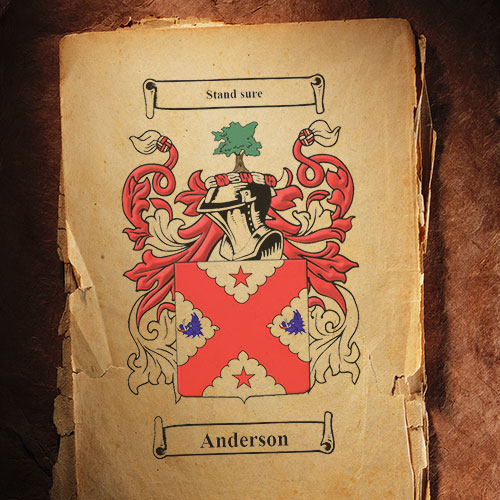 Example a Coat of Arms

These insignia were the reward of personal merit and could be secured by the humblest as well as the highest.

They are today the testimonials and warrants of bravery, heroism, and meritorious deeds of our ancestors.

Shields at first were painted simply with one or more bands of color or 'ordinaries'. Later, the ordinaries were used in conjunction with other figures or symbols; e.g. beasts, birds, fish, flowers, celestial objects, monsters, etc. Heraldry was thus rapidly enriched through the constant necessity to achieve distinction. 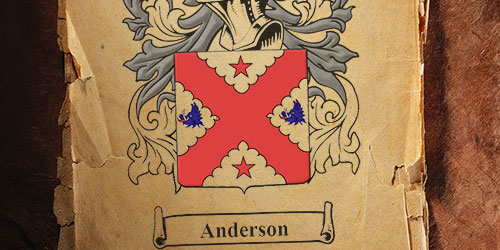 Example of a shield on a Coat of Arms

This device was worn on top of the helmet, and was usually made of wood, metal, or boiled leather. It provided the double advantage of easy identification and addition of height to the wearer. In heraldry today, the crest and arms are usually displayed together. 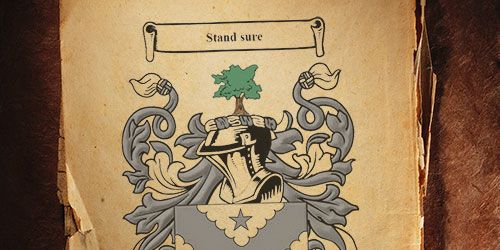 Example of a crest on a Coat of Arms

The motto generally evolved from the watchword or war-cry of the family. Often the motto contained an allusion to a memorable event in the family history; e.g., the "Bruce" motto 'Fuimus' (Latin-'We were') refers to the fact that the family were once the kings of Scotland. 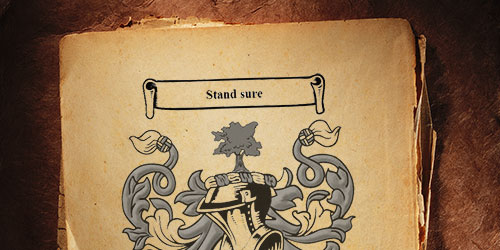 Example of a motto on a Coat of Arms

The torse was formed by two pieces of silk twisted together by the lady who chose the bearer for her knight, and was used to hold the crest and mantling in place on the helm. The tinctures of the torse are always those of the principal metal and color of the arms, with the exception being in continental heraldry. 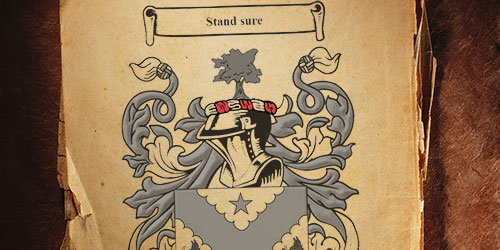 Example of a torse on a Coat of Arms

These varied in shape in different ages and countries, and always in the case of titled arms. The Esquire Helm, as depicted in family arms, is always with closed visor and facing to the left. 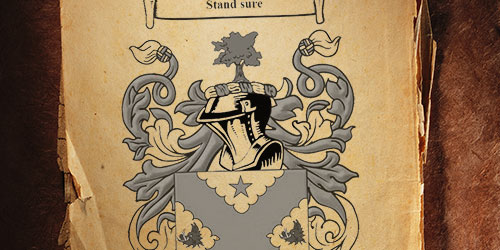 Example of a helm on a Coat of Arms

The mantling was spread over and draped from the helmet, and served as protection, "to repel the extremities of wet, cold, and heat, and to preserve the armour from rust". The numerous cuts and slits indicated that it had been torn and hacked in the field of battle, and betokened certain evidence of prowess. 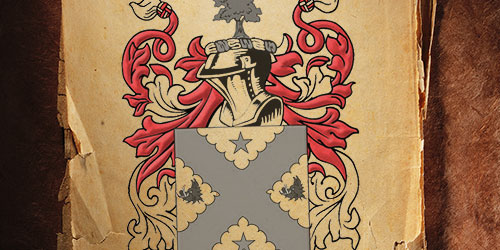 Example of a mantle on a Coat of Arms